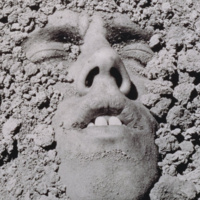 A biographical documentary on the influential artist/activist David Wojnarowicz, perhaps best known for his piece "Untitled (One Day This Kid...)," Wojnarowicz: F**k You F*ggot F**ker takes its confrontational title from another Wojnarowicz piece. (To censor the title as we have is to misunderstand Wojnarowicz and his work, so please accept our mea culpa.) A key figure of New York's art scene during the 1980s AIDS epidemic, which epidemic claimed his life in 1992, Wojnarowicz rallied his art in the direction of activism in a way that is instructive now. Ultimately, the experience of engaging with Wojnarowicz is an inspiring and edifying experience for those who don't often find those attributes in the media of today. Sponsored by QFest St. Louis.