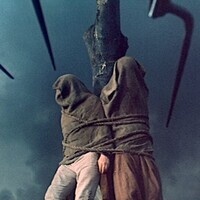 In an attempt to show the Russian film industry to be as mighty as America’s during the Cold War years—and in the process to one-up King Vidor’s popular 1956 adaptation of the classic Leo Tolstoy text—the Russian film industry and the whole of the Russian government threw everything they had into Sergei Bondarchuk’s epic adaptation of War & Peace, with no concern regarding if the finished product might actually be profitable or not. Though Bondarchuk succeeded at this task (his War & Peace won the Oscar for best foreign-language film), the film has been difficult to see in the time since its initial release. The subject of a recent restoration, here you can see the priceless artifacts—gathered from Russia’s museums—used as props, the tens of thousands of extras, and the unprecedented amount of money and prestige thrown at the screen, with a clarity heretofore impossible.

In Russian, French and German with English subtitles.

Special punch-pass to all four parts: $15 (tickets also available à la carte at their regular rates on a night-by-night basis)