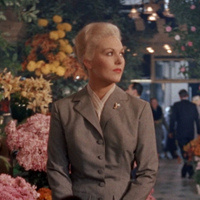 Though not recognized for the masterpiece it is upon its initial release, Alfred Hitchcock’s Vertigo is now the reigning quote-unquote “Greatest Film Ever Made” (according to the 2012 Sight & Sound poll, which found it dethroning Citizen Kane, the film that won the honor every decade for the previous 50 years). There may not be a better reason than that to play the film, but suffice it to say that it’s a heck of a lot of fun whether you’ve seen it before or not. See it alongside Guy Maddin’s experimental remake The Green Fog, also playing the Film Series in May.