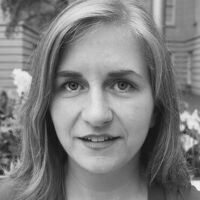 Other company debuts in 2015-2016 included Carmen with Shreveport Opera, Hansel and Gretel with Red River Lyric Opera, and Menotti's The Medium with Bel Cantanti Opera. Corinne returns to Bel Cantanti in the new year with a double bill of Poulenc's La voix humaine and Rimsky-Korsakov's Mozart and Salieri. The 16-17 season continues with company debuts at Mississippi Opera (Rigoletto) and Miami Music Festival (Le nozze di Figaro).  In the 17-18 season, Corinne joins the production team for The Little Prince and Candide at Washington National Opera - Corinne will serve as assistant director to world-renowned stage director Francesca Zambello.

In June 2014, Corinne made her DC debut with Teatro Lirico of DC, directing La Verbena de la Paloma at the GALA Hispanic Theatre — she has since directed several zarzuelas for the company, with new projects currently in the development stages. Teatro Lirico’s work connects deeply with Spanish-speaking communities in DC; Corinne is honored to play a role in this work.

Corinne is committed to presenting music theater that is accessible beyond the walls of the opera house. In addition to her work in the zarzuela repertoire, Corinne has created site-specific productions of David Conte’s The Gift of the Magi and Gershwin's Blue Monday with Marble City Opera — in collaboration with beloved Knoxville jazz band The Marble City 5, Blue Monday played to sold-out houses in 2015. As a graduate student, Corinne was honored by the National Opera Association, winning First Place for her "stark, yet stylish" staging of The Rape of Lucretia. As an assistant and associate director, Corinne has worked on productions with Washington National Opera, The Dallas Opera, Wolf Trap Opera, Opera Santa Barbara, Indiana University, and The Academy of Vocal Arts (AVA) in Philadelphia.