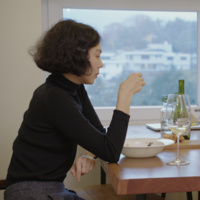 The Woman Who Ran

The 24th film from prolific South Korean filmmaker Hong Sangsoo (and the fifth we've featured in our virtual cinema in the past 16 months), The Woman Who Ran stars frequent collaborator Kim Min-hee as a young woman named Gamhee. Coming in at a breezy 77 minutes and largely broken into three discrete parts, each depicting Gamhee catching up with a different friend while her husband is out of town, The Woman Who Ran proves to be both a good starting point for those interested in getting into Hong and a comforting balm for those who have long since tapped into his rhythms and worldview.