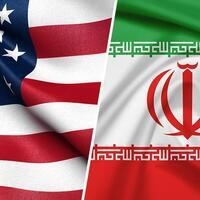 The United States and Iran: The Politics of Escalation and Confrontation

In view of the rising tensions between the US and Iran in the Persian Gulf region, Webster University Geneva's International Relations Department will be holding a timely panel discussion, led by three experts and followed by Q&A and an informal networking reception.

In May 2018, US President Donald Trump announced that the United States was unilaterally withdrawing from the 2015 Iran Nuclear Agreement (JCPOA) and imposing sweeping sanctions on Iran, much to the dismay of the other signatories, including the European Union, Russia and China

As the economic sanctions have taken hold, leading to the gradual strangulation of the Iranian state and society, Tehran has responded by signalling that it would no longer be bound by the terms of the JCPOA, and taken steps to assert itself in the Middle East, leading to heightened tensions between the US and Iran, particularly in the Persian Gulf region.

There are alarming signs of a dangerous escalation and possible confrontation between Washington and Tehran that could potentially destabilize not only the Middle East region, but could also have far-reaching implications negatively affecting the world economy.

The panelists will discuss and analyze how we have arrived at this point, assess the current state of affairs, and look at possible scenarios in the future—in terms of further escalation or defusion of the crisis.

This event will include both English & French, is free of charge and open to the public but we kindly ask that you register >> HERE