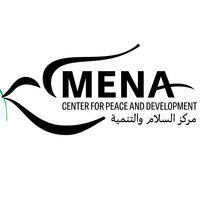 The UAE-Israel Agreement: A Game Changer in the Middle East and Beyond?

Webster University Geneva's MENA Center for Peace and Development and International Relations Department are pleased to host a panel discussion on Thursday, September 3 at 6:00 pm. Prominent experts include:

While the agreement between the United Arab Emirates and Israel to establish diplomatic relations on August 13 came as a surprise to some observers, in many respects it was not unexpected.

For a number of years now, several of the Arab states in the Persian Gulf region, most notably the United Arab Emirates (UAE) and Saudi Arabia, have been cultivating ties and establishing avenues of cooperation with Israel. This collaboration has been quite close in the realm of security and intelligence matters, particularly with regard to Iran, as Israel and the Gulf Arabs view Iran as a major threat to their national security and regional peace and stability.

The UAE over the time has created an expansive network of relationships and linkages with various governments and entities in the Middle East and beyond, thereby projecting and magnifying its influence and power. Israel, for its part, has attempted to mend fences with Arab states, arguing that the two sides need to form a united front against the Iranian "menace." The Trump administration has drawn closer to Israel and the Gulf Arab states in an unprecedented manner, considering them key US allies in the region. In parallel, it has tried tried to isolate Iran and bring Tehran to its knees with crippling sanctions and maximum pressure on all fronts.

Are we witnessing a new chapter in Middle East politics and international relations? Will there be a genuine and enduring Arab-Israeli reconciliation? Will Iran be completely marginalized? Will the Trump administration be able to capitalize on this matter both in the Middle East and domestically as the US presidential elections approach?


This event is open to the public and free of charge.