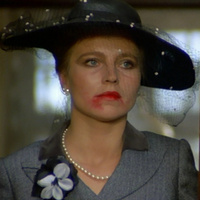 The Marriage of Maria Braun

New German Cinema icon Rainer Werner Fassbinder’s biggest box office hit in America was The Marriage of Maria Braun, which has its title character get married to a soldier in the final days of World War II, only to have him go missing before the war ends. Determination leads Maria to find a place for herself in postwar Germany and indeed flourish during the economic miracle of the 1950s. With Maria herself standing in as a pointed symbol of Germany both during and after the war, The Marriage of Maria Braun endures as one of the richest films from Fassbinder’s estimable oeuvre.