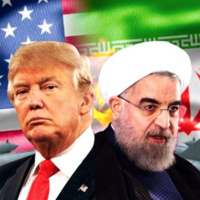 The Implications of the US-Iran Confrontation: What Next After the Soleimani Assassination?

In view of the recent confrontation between the US and Iran in Iraq, Webster University Geneva will be holding a panel discussion, led by several experts and followed by Q&A and an informal networking reception afterwards

This event will be in English and French.
It is open to the public and free of charge but we kindly ask that you register HERE

The assassination of Major-General Ghassem Soleimani, a senior member of Iran's Revolutionary Guard Corps, by US forces in Iraq on January 3 brought the US and Iran to the brink of war for the second time in six months.

Since US President Donald Trump announced the unilateral withdrawal of the US from the 2015 Iran Nuclear Agreement (JCPOA) and imposed sweeping sanctions on Iran, relations between Washington and Tehran have steadily deteriorated. Iran has responded by stating that it would no longer be bound by the terms of the JCPOA, and taken steps to assert itself in the Middle East, which almost led to a major showdown in the Persian Gulf last summer. The ongoing tensions have had an impact on domestic politics in both countries, raised concerns about further instability and possible war in the Middle East, and have complicated relations of both states with the rest of the world.

Webster University Geneva's International Relations Department and the Middle East and North Africa (MENA) Initiative will be holding a panel discussion with four experts on the current crisis. They will discuss and analyze the domestic, regional and international implications of the US-Iranian animosity and rivalry, and look at possible scenarios in the future in terms of further escalation or defusion of the crisis.

Dr. Daniel Warner, Independent Scholar and Former Deputy to the Director of the Graduate Institute of International and Development Studies (IUHEID)