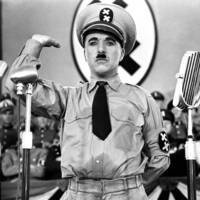 The Great Dictator, Charlie Chaplin’s first full talkie, is also the first Hollywood film to directly criticize fascist powers in Europe at the time, a year before the United States officially entered World War II. Chaplin plays two characters, one the dictator Adenoid Hynkel, the other a riff on his Little Tramp persona, where instead he is a Jewish barber and veteran of World War I. Co-starring his then-wife Paulette Goddard as a rebellious girl the barber falls in love with, The Great Dictator is further proof of Chaplin could do anything. Not for nothing that a clip of the final speech in this film has well over 10 million views on YouTube, and here Chaplin wasn’t even known for scripted dialogue in the first place.