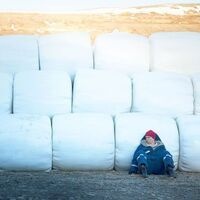 In his first film since the international hit Rams, Icelandic director Grímur Hákonarson's The County finds us aligned with a headstrong farmer named Inga (Arndís Hrönn Egilsdóttir) who is finding herself at odds with the local co-op.  Said co-op has mafia-like control over the local industry and serves as the only way for Inga to sell the products of her farm, or at least it is until she decides to try forging another path. Taking a tone that will be familiar to fans of 2018's Woman at War, The County is a socially-engaged dry comedy/drama from a recognizable voice of modern cinema.