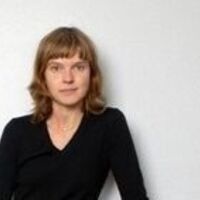 Sylvie Tissot "Gay-Friendliness in the United States and France: A Comparative Study of Neighborhoods in New York and Paris"

Sylvie Tissot is a Professor of Political Science at the University of Paris-8.

Her academic research stands at the intersection of class analysis and urban studies.

Tissot is the author of Good Neighbors: Gentrifying diversity in Boston’s South End, recently published by Verso. Her new research project is a comparison of gay-friendly attitudes in New York and Paris. She has been a visiting scholar at Harvard’s Center for European Studies and the Institute for Public Knowledge at New York University.

Tissot is also a feminist activist and filmmaker. As the co-founder of the website Les mots sont importants(http://lmsi.net), she is engaged in public debates about feminism, race and religion. With her sister Florence Tissot, she has made two documentaries about the French feminist Christine Delphy, I’m Not a Feminist, But… and Christine Delphy From A to  Z.

Gay-Friendliness in the United States and France: A Comparative Study of Neighborhoods in New York and Paris  The national legislature in France and the Supreme Court in the US have now both made same-sex marriage legal, and opinion polls reveal a growing acceptance of homosexuality in both countries. Yet not all gay people enjoy equal access to this acceptance. What are the significant variables in acceptance: class, age, sex, space? And on what presuppositions about gay people does acceptance rely? What conditions are placed on the visibility and lifestyle of gay people? Sylvie Tissot uses the urban ethnography of two neighborhoods—Le Marais in Paris and Park Slope in Brooklyn, New York—to examine and compare “gay-friendliness”.