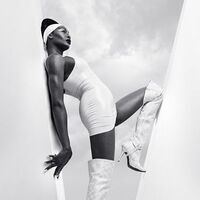 Join us October 17, 2019, at 7 pm welcoming LGBTQIA activist, and a star of the hit Fox television show, Pose. Dominique Jackson will discuss her role as an activist for the Trans rights movement, and the Women’s rights movement and LGBTQIA+ rights movement. Jackson is a woman of knowledge and power. She has progressed and expressed her life as a trans woman through her major work’s success as a model, including a role in the award-winning docu-series Strut produced by Whoopi Goldberg. While portraying reigning ballroom champion Elektra Abundance on the FX show Pose, her brand has influenced and inspired many.