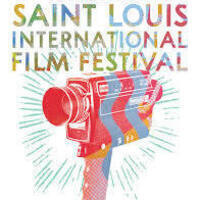 A compilation of the seven, award winning shorts at the 2017 SLIFF and the Best of Showcase winner at the 2017 St. Louis Filmmakers Showcase.

Wicked Girl (Ayce Kartal, France/Turkey, 2017, 8 min., in Turkish with English subtitles): Keen on nature and animals, a little girl in a hospital looks back on the good old days in her grandparents' village, but dark and terrifying memories emerge. Best International Short Award.