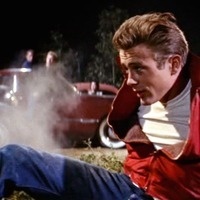 Rebel Without a Cause

Released less than a month after his death in a car crash, Rebel Without a Cause remains James Dean’s most iconic role. Here playing troubled teen Jim Stark, he takes up with Plato (Sal Mineo) and Judy (Natalie Wood) in a dangerous world of chickie runs and knife fights, thereby changing the tone and level of seriousness of every teen film released in its wake. Happily, Rebel also features some of Ray’s favorite cinematic flourishes, including strong use of the CinemaScope frame and an affection for the underdog character(s).