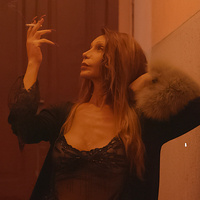 From June 19th until July 2nd, Film Series patrons can rent Queen of Lapa. A den mother to the trans sex workers of Rio de Janeiro, the exceedingly charismatic and charming Luana Muniz has herself been working in the industry since she was eleven years old.  At the age of 59 by the time that Queen of Lapa was filming, we find Ms. Muniz in a new world from the one she started in--thanks in no small part to her own activism--though many things remain the same.  Safety concerns for the workers remain paramount, and competition for (and/or among) clients in a never-ending battle.  With Ms. Muniz's guidance, though, there is also a sense of family, joy, and love.