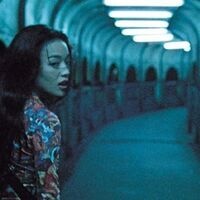 Returning to youth culture for the first time since Daughter of the Nile, and in the process making a more freewheeling and modern-feeling film than those he was then known for, director Hou Hsiao-hsien’s Millennium Mambofinds a bar hostess named Vicky (Chinese superstar Shu Qi, in her first role of now four for Hou) circa Y2K, trying and failing to remove herself from the life of her layabout boyfriend Hao-Hao (Chun-hao Tuan). Featuring some of the best cinematography of, well, the millennium, courtesy of frequent Hou collaborator Mark Lee Ping-bin (In the Mood for Love).

In Mandarin with English subtitles.

Screening from an archival 35mm print, courtesy of Center for Moving Image Arts at Bard.