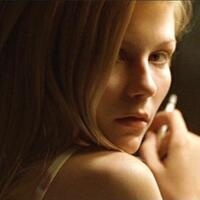 March of Coppola: The Virgin Suicides

As part of the Film Series virtual Speaker Series, for all of March we'll be focusing on Sofia Coppola. After an ill-fated turn as an actor in her father’s film The Godfather, Part III, Sofia followed in the Coppola patriarch’s footsteps as a director, quickly proving herself to be an auteur in her own right, establishing a poetic tone and gauzy directorial style unique to her. Only the third female to garner an Oscar nomination for Best Director, and now an active filmmaker for over twenty years (starting with her 1998 short "Lick the Star"), she shows no sign of stopping anytime soon. Each film is available on popular streaming servies or VOD. Watch each film ahead of time and then join us every Thursday evening for an in-depth discussion. On Thursday, March 11, at 7pm, Taylor Gruenloh, Adjunct Professor of English at Webster University and Assistant Teaching Professor at Missouri S&T, will discuss

(Sofia Coppola, 1999, USA, 97 minutes)
Coppola’s debut feature, The Virgin Suicides, puts her on the map as a filmmaker distinct from her father and mentor, the venerable Francis Ford Coppola. Emerging right away as a critical success, the film adaptation of Jeffrey Eugenides’ novel of the same name has only garnered more attention and admiration with age, eventually marking it a modern classic. Favored for its hazy, entranced portrait of youth, The Virgin Suicides stamped Coppola with the soft, blonde overtones of white femininity that she soon became known for. Shown from the collective perspective of a young group of boys, the story follows the five unknowable sisters of the Lisbon family, trapped within the walls of a rigid home and suffocated by a fog of misery.