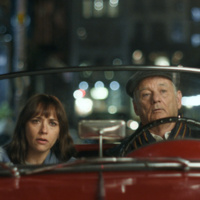 March of Coppola: On the Rocks

As part of the Film Series virtual Speaker Series, for all of March we'll be focusing on Sofia Coppola. After an ill-fated turn as an actor in her father’s film The Godfather, Part III, Sofia followed in the Coppola patriarch’s footsteps as a director, quickly proving herself to be an auteur in her own right, establishing a poetic tone and gauzy directorial style unique to her. Only the third female to garner an Oscar nomination for Best Director, and now an active filmmaker for over twenty years (starting with her 1998 short "Lick the Star"), she shows no sign of stopping anytime soon. Each film is available on popular streaming servies or VOD. Watch each film ahead of time and then join us every Thursday evening for an in-depth discussion. On Thursday, March 25th at 7pm, Dr. Diane Carson, Professor Emerita, St. Louis Community College; Film Critic, KDHX 88.1FM and Alliance of Women Film Journalists, will discuss

(Sofia Coppola, 2020, USA, 96 minutes)
Coppola and Bill Murray reunite as director and actor for the first time since 2003 in her latest film, On the Rocks. Worried her husband might be having an affair, Laura (Rashida Jones) confides in her distanced father Felix (Murray), and an investigation of sorts ensues. Having fallen away from his family years prior, Felix uses this time as an opportunity to bond and reconnect. Complete with awkward encounters and an almost slapstick game of cat and mouse, On the Rocks offers a slight shift in tone for Coppola—one with humorous, plentiful dialogue and the air of a slice-of-life comedy.