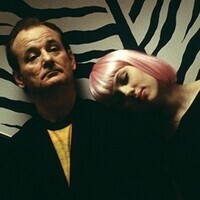 March of Coppola: Lost in Translation

As part of the Film Series virtual Speaker Series, for all of March we'll be focusing on Sofia Coppola. After an ill-fated turn as an actor in her father’s film The Godfather, Part III, Sofia followed in the Coppola patriarch’s footsteps as a director, quickly proving herself to be an auteur in her own right, establishing a poetic tone and gauzy directorial style unique to her. Only the third female to garner an Oscar nomination for Best Director, and now an active filmmaker for over twenty years (starting with her 1998 short "Lick the Star"), she shows no sign of stopping anytime soon. Each film is available on popular streaming servies or VOD. Watch each film ahead of time and then join us every Thursday evening for an in-depth discussion. On Thursday, March 4th, at 7pm, Dr. Daniel Yezbick, Professor of Media Studies and Intercultural/International Education Coordinator at St Louis Community College-Wildwood will discuss

(Sofia Coppola, 2003, USA/Japan, 102 minutes)
Widely considered to be Coppola’s best film, and by far her most well-known, Lost in Translation deals with lonely strangers Bob (Bill Murray) and Charlotte (Scarlett Johansson) who find solace in each other, while culturally displaced in a city that isn’t theirs. Set in Tokyo, the two meet and quickly form a unique kind of bond in which they speak the same language—in many senses of the phrase. Written and directed by Coppola, this Oscar-winning feature carries forth both a sense of romantic melancholy and a quiet desire for something more.
Lost in Translation is available to watch through the subscription-based streaming service Amazon Prime (subject to change) or can be rented digitally on most platforms for $4.