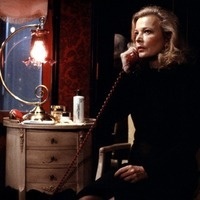 Love Streams is the final masterpiece from director John Cassavetes and actor Gena Rowlands, one of cinema’s most well-known creative (and romantic) duos. The film is also their last on-screen appearance together as they embody a pair of reunited siblings formerly disconnected by miles and memories. She is Sarah, a passionate and mentally fragile divorcée in the midst of a custody battle. He is Robert, a famous writer drowning in booze, cigarettes, and women. Underseen for far too long after its 1984 release, those familiar with the couple’s more celebrated works—the Oscar-nominated A Woman Under the Influence (1974) and Faces (1968) among them—will see a similar trenchant tenderness taking a refined yet initiative new form.