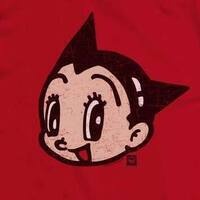 Kinematifest 12, Webster University's annual international animation and interactive media festival runs this weekend from Friday, April 26 through Sunday, April 28. For the first time, it is merging with the Take 19 Student Film Festival.

Activities ranging from the screening of the first episode of a Japanese animation series to a cinematography workshop to Comic Jam and student showcases are scheduled on the Webster Groves campus in Sverdrup Hall over the course of the weekend. The full schedule is included below.

Keynote speakers are planned on Saturday for game design, cinematography, and animation. They are scheduled so that attendees may hear all three.

Erin Dean, a Webster University May 2018 alumnus with a BA in video production, is the keynote speaker for game design. Growing up, Dean played the traditional mass market games, like Monopoly, Life, and Clue. In high school, she received Ticket to Ride as a gift, and that is when she was hooked on board-gaming as a hobby.

Dean is the author of For the Love of Board Games, a book she created by interviewing the designers behind the games, to explore how modern board games were created. The book raised over $56 thousand on Kickstarter.

She works for Lucky Duck Games as a playtest manager, as well as for Genius Games as a project manager. Dean is also a member for the local board game nonprofit organization, Meeples for Peeples.

Alex Mendez Giner is the cinematography keynote speaker. He is an award-winning filmmaker with more than 15 years' experience. He has an MFA in film from Syracuse University and an MA in scriptwriting from Universidad Autónoma de Barcelona, Spain.

His works have screened in several major international film festivals. He has received the Audience Choice Award from the Shanghai International Film Festival and the Grand Prize from the Snowtown Film Festival. Other recognition includes Best Film and Best Directing Awards from the Caracas City Hall Film Awards, Best Story Award from the Buffalo-Niagara Film Festival, and a production grant from the New York State Council of the Arts.

Ari Grabb is the keynote speaker for animation. He is a filmmaker based in Los Angeles who continues to 'make dat bread' by working for various studios as an animator and VFX compositor. Grabb has worked on projects such as Hot Streets, Adam Ruins Everything, Robot Chicken, Triptank, Anomalisa, Super Mansion, and many more.

He also loans his animation and VJ talents to the live music productions of artists including Dillon Francis, System of a Down, Zhu, Kill the Noise, and What So Not.

Grabb is working on a personal web series called Bento Banana. He meditates one hour a day and uses the other 23 hours to play Super Smash Bros. Ultimate.

The event is free to attend and open to the public.