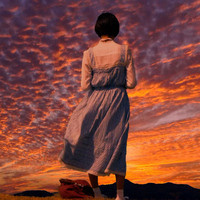 The best-known and most-loved of Ôbayashi’s war trilogy, Hanagatami was a 40-year passion project for the director. An adaptation of a 1937 Kazuo Dan novella, Ôbayashi had originally hoped to make this his first feature film, where as things worked out it wound up being his penultimate work, made only after he received a diagnosis of stage four lung cancer and given six months to live. A coming-of-age story that begins as our lead, Toshihiko, is 17 years old in 1941, Hanagatami is Ôbayashi at his iconoclastic best and shows no sign of him losing hold of his aesthetic and intellectual rigorousness.