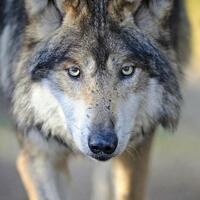 Gray Area: Wolves of the Southwest