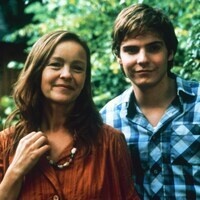 A significant worldwide hit upon its 2003/2004 release, Good Bye Lenin! follows Christiane (Katrin Sass), a socialist matriarch dedicated to East Germany, who has a heart attack and goes into a coma shortly before the fall of both the Berlin Wall and communism. She emerges from the coma some eight months later, but given her fragile state, her son Alex (Daniel Brühl, Inglourious Basterds) opts to recreate in miniature the status quo of the German Democratic Republic of the time that she fell into the coma. The everyday details are all correct, from the East German Trabant car they drive, to the brands on the products Alex searches out.

In German with English subtitles.

With an introduction and post-film discussion, speaker TBA.

Sponsored by the German Section of International Languages and Cultures at Webster University.