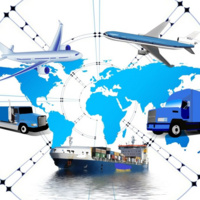 Geopolitical Tensions and the Restructuring of Global Supply Chains

The strategic competition between China and the United States, intensified since the Covid 19 pandemic has started, has significant implications for global supply chains, arising from potential economic 'decoupling', a restructuring of global supply chains, as well as the accelerated rise of Asian countries other than China that could benefit from this decoupling.

There is growing concern that US-China rivalry may affect the supply of rare earth minerals, a key ingredient of many high-tech products, the provision of active ingredients for critical pharmaceuticals, and the security of key transportation routes.

Two of the most knowledgeable experts in this domain will discuss and expand on these very topical issues and will answer questions from the audience.

The event will be moderated by Attila Shelley, MBA Program Director at Webster University Geneva.

Dominique Jolly (Jolly@Webster.ch) is Professor of Business Strategy at Webster University Geneva (Switzerland) where he chairs the Walker School of Business & Technology. He previously worked for SKEMA Business School (Sophia-Antipolis, France), the Center on China Innovation at CEIBS (Shanghai, China), HEC Montréal (Montréal, Canada) and Grenoble Ecole de Management (Grenoble, France). He works as a consultant for several large companies. He also advises international organizations and foreign governments in the areas of innovation and technology. His assignments have taken him to over twenty countries in Europe, Asia, North America, South America and Africa.

Chalom Schirman is Harvard Graduate (Economics and International Relations) and former Israeli diplomat, he has been the Acting Director of the Economic Intelligence division in the Center of Research and Policy of the Foreign Ministry (1974-1979), the Chief of the Economic section at the Embassy of Israel in Paris (1979-1985) and Israel’s Consul General in Montreal (1986-1990).

He then created Capitêtes International, a consulting firm, based in Paris, to train and support corporate and institutional clients in international negotiations and industrial collaboration.

From 1997 to 2010, he was Associate Professor in the world network of the ENPC-MBA (Paris, Buenos Aires, Mendoza, Edinburgh, Casablanca, Tokyo, New Delhi and Shanghai) teaching International Business Negotiation and Geopolitics for Business.

From 2012 to 2015 he lived in Shanghai and was Director of the International Executive Development Program (IEDP) of Tongji University’s School of Economics and Management.

He teaches International Business Negotiations and GeCoPolitics, the geopolitics of Globalization in several departments and universities in Israel and in China.

He is a regular visiting lecturer in several Business Schools in China (Tongji; ECNU; Hunan University) and very active in academic cooperation between Israel and China.

Click HERE to join us on Zoom on the day of the event.