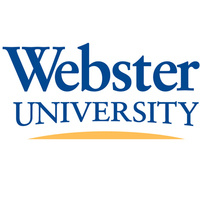 FORUM: “Abortion in America: Past, Present and Future.”

The in-depth discussion “Abortion in America: Past, Present and Future” will be held on Webster University’s Webster Groves campus at noon, Wednesday Sept. 21.

An interdisciplinary panel of professors Kristen Anderson Morton (history), Gwyneth Williams (political science) and Anne Geraghty-Rathert (legal studies) will be presenting research on the history of abortion, the constitutional reasoning in Roe v. Wade and Dobbs v. Jackson, and the current legal and practical landscape of access to abortion in the US.

The free panel presentation will be held in the Browning Hall Auditorium in the Interdisciplinary Science Building.

“This is not going to be an advocacy panel; rather, we will look at the historical record and the facts about abortion practices and law starting with the 18th century and up through the aftermath of the recent Dobbs v. Jackson Women’s Health Organization ruling,” Williams said. “We feel that it is important the everyone understand the facts that surround abortion practices and law, and not just hear people yelling talking points at each other.”

Morton will discuss the history of abortion in the United States through the mid-20th century and give context about why the laws changed over the years. Williams will discuss the constitutional reasoning that has surrounded the abortion issue in the Roe v. Wade and Dobbs v. Jackson decisions. Rathert will talk about the current state of abortion laws in the country, and the actual access to abortion in aftermath of Dobbs.

The event is sponsored by the College of Humanities and Social Sciences’ Department of History, Politics, International Relations and Religious Studies and Department of Law, Crime and Social Justice.