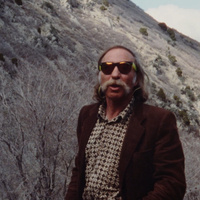 Film About a Father Who

From 1/15 to 1/28, Film Series patrons can rent Film About a Father Who. Documentarian Lynne Sachs has quietly been building an impressive filmography for a matter of decades. Currently the subject of a career-spanning retrospective at the Museum of the Moving Image in New York, we're proud to feature her new film, Film About a Father Who, in which she tracks on the lifestyle led by her father, Ira Sachs Sr., the so-called "Hugh Hefner of Park City." Composed of both new interviews with family members as well as a trove of old 8mm and 16mm footage, we probe the lifestyle of a likable, if inscrutable, social animal, and the family he builds. As a bonus, the locale of Park City, Utah will be instantly recognizable to those who have attended the Sundance Film Festival.

Rental of the film comes with a pre-recorded post-film Q&A between director Sachs and film critic Ela Bittencourt.