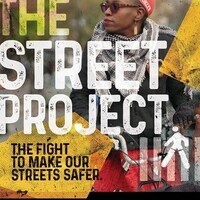 Film - The Street Project: The Fight to Make Our Streets Safer

Bicycling and pedestrian fatalities in the United States are skyrocketing. The National Safety Council reports that 1,260 bicyclists were killed nationwide in 2020, a 44% increase over 10 years. In St. Louis, almost 400 pedestrians were hit by cars last year. Forty-two were killed, the majority in low-income neighborhoods, where dependency on walking combined with poor urban planning have made the streets especially dangerous.

The Street Project highlights the struggle to make our streets safer. Created by an Emmy-winning team, this documentary takes viewers across the globe, from European cities like Copenhagen and Amsterdam, where bicycles rule the streets, to American cities like New York and Phoenix, which are finally confronting a long-simmering crisis of infrastructure. Four years in the making, The Street Project examines the history of our streets and how we use them, the qualities of good (and bad) design, and the politics of victim-blaming vs. the politics of reform.