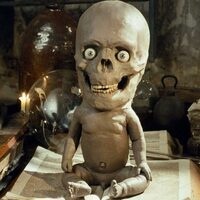 From 9/18 to 10/1, Film Series patrons can rent Faust. Long a favorite director of Webster Film Series patrons, the Czech filmmaker Jan Švankmajer has at once influenced scores of animators who came after him but maintained a style uniquely his own. Combining live action with virtuoso stop-motion animation, and peppering his films with surrealist imagery and grotesque sound effects, one might think of him as making the opposite of those ASMR videos currently in vogue. We are pleased to present a new restoration of his classic 1994 adaptation of Goethe's Faust, updated for his unique sensibilities and preoccupations.