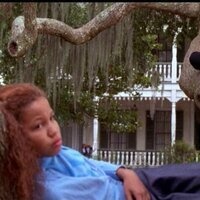 In what Roger Ebert called the best film of 1997, Kasi Lemmons’ poetic debut feature looks at the Batiste family of Louisiana, anchored by matriarch Roz (Lynn Whitfield) and patriarch Louis (Samuel L. Jackson), but told through the eyes of young Eve (Jurnee Smollett), who witnesses her father’s adulterous tendencies.

The Webster Film Series is pleased to present St. Louis native Lemmons, currently in production on Harriet, a biopic about Harriet Tubman, and in town in conjunction with the Opera Theatre of Saint Louis world premiere of her first opera, Fire Shut Up in My Bones, based on Charles Blow’s memoir, with music by Terence Blanchard.

The screening includes a Q&A with Lemmons.

Screening from a 35mm print.