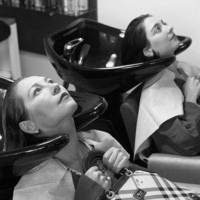 The experience of being poor is badly represented in cinema—by its nature you need access to a lot of resources to make a film, and those attempting to depict poverty generally have little or no experience in the way of life. Amalia Ulman’s joyous debut feature, El planeta, feels more lived-in, wherein a mother/daughter team (Amalia and her real-life mother Ale) grift, deceive, perform wealth, live outside their means, and are in a constant cycle of buying and returning—all the while facing eviction and being unclear on where their next meal will come from. A much-anticipated entry at Sundance and New Directors/New Films this year on account of Ulman’s cache in the multidisciplinary art world—in 2016 she was called “The First Great Instagram Artist” by Elle Magazine—El planeta is a funny and deadpan debut by someone who, with any luck, has a long and fruitful career ahead of them.

In Spanish with English subtitles.