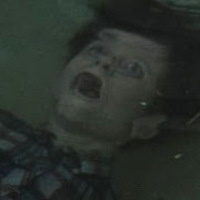 Chronologically the first of the five Fulci films we’re presenting, Don’t Torture a Duckling has gained esteem when looking at Fulci’s career in total, and is often cited as his masterpiece. The film starts with an M-like jumping off point of a town plagued and made paranoid by a killer of children, this time specifically young boys. Chief among the suspects are a local witch and a rich city girl interloping on the close-knit community in which the murders are taking place, but of course the town’s problems run deeper than what can be pinned to just one person.