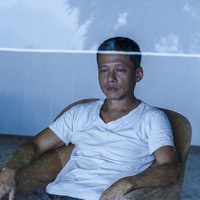 A mainstay at the biggest international film festivals for the past three decades, Tsai Ming-liang is one of the most admired and influential among Taiwan’s Second New Wave directors. Exhibited in films such as Goodbye, Dragon Inn, Tsai finds meditative space in his films through an unhurried pace and examination of lives and facets of how we spend our time that are often overlooked in cinema. Days, his newest feature, ranks among his best work yet. Starring regular collaborator Lee Kang-sheng, whose collaborations with Tsai go back to 1992’s Rebels of the Neon God, in Days we patiently witness as an unnamed illness keeps Lee’s character Kang

unmoored. Though there is virtually no dialogue here, and what little there is is left unsubtitled as an artistic choice, the narrative arc of Days is not only unmissable but immensely satisfying.