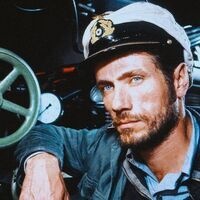 Prior to his career as a Hollywood director, Wolfgang Petersen (The NeverEnding Story, In the Line of Fire) made an international name for himself with the German submarine film Das Boot. Presented here in its glorious 208-minute director’s cut, Petersen gets much mileage out of the suspense and claustrophobia inherent in pursuing and being pursued at wartime while crammed into a small tube under the sea. Nominated for six Oscars upon its release, including one for Petersen as Best Director, Das Boot was quick to enter the canon of World War II pictures.

In German with English subtitles.