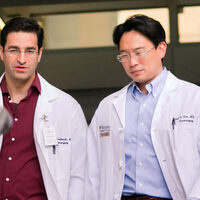 — Barnes-Jewish Hospital, in partnership with Nine Network of Public Media, will present BrainWorks, a live theatrical performance in four one-act plays July 19-21 at the Loretto-Hilton Center for the Performing Arts on the Campus of Webster University.

BrainWorks explores the wonders of the human brain by dramatizing real-life neurological cases through the eyes of Washington University neurosurgeons Albert H. Kim, MD, Ph.D., and Eric C. Leuthardt, MD, nationally renowned physicians, scientists and hosts of the Brain Coffee Podcast. Merging medical information and entertainment, Drs. Kim and Leuthardt will guide the audience through each scene, helping them understand the wonders of the human brain and the neuroscience of brain diseases, such as Alzheimer’s disease, epilepsy, brain tumors, and stroke. Drs. Kim and Leuthardt teamed up with playwrights from the New Dramatists to write each one-act play based on real-life cases overseen by the neurosurgeons.

BrainWorks is comprised of four unique and compelling one-act plays:

Rinse & Repeat: A retired judge prepares for the case of her life, while her granddaughter does her best to get through breakfast. Rinse. Repeat. This play highlights the challenges, the love, and even the humor, involved in having (or caring for someone) who has dementia or Alzheimer’s disease.

X Marks the Spot: Inspired by a number of patient stories from Barnes-Jewish Hospital, this fascinating play focuses on a mid-career professional whose personality undergoes profound changes caused by meningioma, a treatable, benign brain tumor. As the story unfolds, Dr. Kim reveals how brain tumors form and develop. He then discusses surgical advances that make removing them safer for patients today.

Brain Interrupted: This coming-of-age story examines epilepsy and its effects on the brain. Dr. Leuthardt walks audiences through the neuroscience of adolescence and epilepsy and discusses new brain-mapping technology that eases the suffering of those who live with seizures.

Double Windsor: The Double Windsor knot is elegant, dignified, and difficult to tie under the best of circumstance—and seemingly impossible if you’ve suffered a stroke and lost the use of your left hand. Inspired by one of Dr. Leuthardt’s patients, this scene demonstrates how new therapies and emerging technologies, such as the brain-computer interface, are making second chances possible for people who have experienced a stroke and other traumatic brain injuries.

BrainWorks will be recorded for broadcast in St. Louis on Nine PBS, and potentially, on public television stations across the country in 2020. The previous BrainWorks broadcast, originally aired in 2015, won a Regional Emmy.

Tickets are now on sale and can be purchased online. Limited opening night VIP experience tickets are also available, which include an exclusive VIP reception directly after the performance with Drs. Kim and Leuthardt.

A promotional video can be found here.

Buy Tickets
This event content is powered by the Localist Community Event Platform.