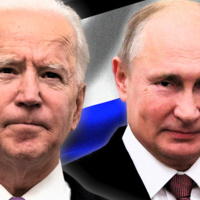 The Aftermath and Implications of the Biden-Putin Summit: What Next for US-Russian Relations and World Order?

In the aftermath of the end of the Cold War between 1989-1991, many expected that the lifting of the "Iron Curtain" separating Eastern and Western Europe and the rapprochement between the Russian Federation and the United States would usher in a new era of peace and cooperation in world affairs. However, the initial thaw and the turbulent years of the Boris Yeltsin presidency in the 1990s, gave way to the gradual deterioration of East-West relations and the rise of Vladimir Putin's increasingly authoritarian presidency in the 21st century. Today, three decades after the end of the Cold War, relations between the US and Russia have never been at such a nadir and tensions are at an all-time high with the festering crises in Belarus, Ukraine, Crimea and elsewhere.

The new US president Joe Biden has taken a hard stance toward his Russian counterpart, calling Vladimir Putin a "killer" in a television interview, and also in his recent pronouncements on Russia and China in the run-up to the G7 summit in Cornwall, England. On Wednesday, June 16, presidents Biden and Putin will meet on neutral ground in international Geneva to discuss bilateral ties, issues of concern and world affairs.

In order to assess the outcome of the summit meeting and the future of US-Russian relations and world affairs, the International Relations Department at Webster University's Geneva campus will hold an online event on Tuesday, June 22 at 5:30 pm (17:30), bringing together a number of scholars and specialists to discuss the Biden-Putin summit, its aftermath and future prospects.

This online event is open to the public. However, advance registration is encouraged.