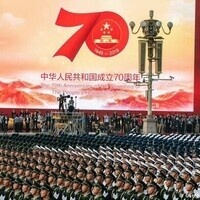 Asia Ascendant?: Implications of China’s Rise and the Evolving Power Dynamics in the Indo-Pacific Region and Beyond

5:30 PM-7:00 PM
Hybrid Event. Zoom link, if needed, will be provided the day prior for security measures.

Over the past fifty years, several Asian countries have experienced phenomenal economic growth and genuine development. The first success stories were Japan, Taiwan, South Korea and Singapore, and others followed by the end of the 20th century. However, it has been the rapid rise of China that has been the most impressive, with the country rapidly surpassing Germany and Japan to become the second largest economy in the world and now poised to overtake the United States in the near future. Moreover, with the ascendance of Xi Jinping to power in 2013, China has adopted a more assertive foreign policy, becoming a key player in global economic affairs (epitomized by the Belt and Road Initiative), assuming a prominent role in international organizations and diplomacy, and demonstrating its military might in East Asia. This has prompted the West, and some of China’s neighbors – Japan, Taiwan and South Korea in particular – to re-evaluate and address the changing power dynamics in the region and on the world stage. This has been exemplified by the growing institutionalization of the Quad, the creation of AUKUS, and recent visits by senior American officials to Taiwan.

To discuss and analyze these and other related issues, the International Relations Program at Webster University Geneva is organizing its first event for the 2022-2023 academic year with the participation of three prominent experts. This event will take place on Thursday, September 15 from 5:30 to 7:00 pm (17:30 to 19:00) in the LLC Common Room at Webster University’s Geneva campus. This event is free and open to the public. It can also be accessed via Zoom. (See below link.) For those coming to Webster, advance registration is encouraged. (See below link.)

Dr. Lionel Fatton, Assistant Professor of International Relations at Webster University Geneva, Research Collaborator at the Research Institute for the History of Global Arms Transfer – Meiji University, Tokyo and Adjunct Fellow at the Charhar Institute, Beijing. Dr. Fatton is author of numerous articles and books on Asian Security, including Japan’s Awakening: Moving Toward an Autonomous Security Policy (co-author), and the forthcoming Japan’s Rush to the Pacific War: The Institutional Roots of Overbalancing. His articles have appeared in International Relations of the Asia-Pacific, Asia and Pacific Policy Studies, Contemporary Security Policy and The Asia-Pacific Journal.

Dr. Alexandre Lambert, Academic Director of the Geneva Institute of Geopolitical Studies, Director of the School of International Training (SIT) Study Abroad University Program in Nyon, a founding fellow of the Geneva Center for the Democratic Control of Armed Forces (DCAF), and a former civil servant in the Swiss Federal Department of Defense in Bern. Dr. Lambert is author of many articles and books on China and Asia, including Geopolitics of China’s New Silk Route and The Belt and Road Initiative: Geopolitical and Geoeconomics Aspects (co-author).

Dr. Faisal Ahmed, Professor of International Business at the FORE School of Management in New Delhi, India, a former consultant to the United Nations the Indian Ministry of Commerce and Industry, and other organizations. Professor Ahmed is author of numerous articles and books including Business Environment: Indian and Global Perspective and The Belt and Road Initiative: Geopolitical and Geoeconomic Aspects (co-author). His articles have appeared in many publications, including The Hindu Business Line, South China Morning Post, The Economic Times, The Korea Times and The Strait Times.

Parking is available. By public transportation, the Webster Geneva Campus is immediately adjacent to the Genthod-Bellevue train station (local trains from Cornavin, Secheron, or via Bus V).