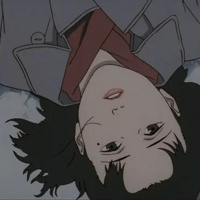 For May we’re examining the full filmography—a scant four feature films—of Japanese animation director Satoshi Kon. Despite his career being cut short by pancreatic cancer at the age of 46, Kon was able to quickly emerge as (and remain) one of the most exciting and influential anime artists of the past 25 years. Able to seamlessly flit between dream and reality, modern technology and admiration for the past, and genre-style action and literary concerns, Kon’s films see forward to what it’s like to live one’s life online.

Ani-May with Satoshi Kon is sponsored by Japan America Society of St. Louis.

A narrative that weaves together reality, memories, and movies, Millennium Actress recounts the life and career of an actress now in a state of reflection and reminiscence. Told through films within memories within a film, with a beautifully lucid blending of time and space, Kon’s sophomore feature manages to uphold the strengths in illusion and intricacy that he so notably established in his debut, but this time through the lens of romantic love and loss.

Millennium Actress is available to watch through streaming services Hoopla, Kanopy and Amazon Prime (subject to change). Alternatively, it can be rented digitally on most platforms for $2-4.

With a free post-film discussion on May 13 at 7:00 p.m. from Elsa Chanez, PhD student in Japanese language and literature at Washington University in St. Louis.

Register for this event here.