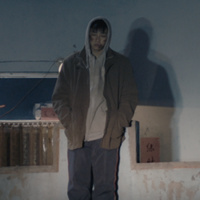 Showing the strong influence of Béla Tarr, under whom director Hu Bo served as protégé circa 2016, viewers of Bo’s feature debut An Elephant Sitting Still will also find whiffs of the work of Jacques Rivette, Jia Zhangke, and David Foster Wallace. 16-year-old Wei’s attempt to stand up to a bully finds him with the need to get out of town, and Bo follows Wei as a band of misfits attach themselves to him while he dreams of escaping to Manchuria to see a perhaps-mythical elephant. An Elephant Sitting Still is at once the most exciting feature debut and saddest swan song of recent years—Hu Bo tragically committed suicide at the age of 29 shortly after completing the film, thereby depriving the world of what is evidenced here as a major cinematic voice in the making.

In Mandarin with English subtitles.