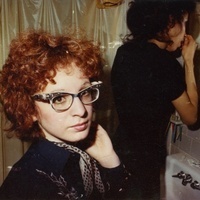 All the Beauty and the Bloodshed

Shortlisted for Best Documentary Feature at the 95th Academy Awards, winner of the Golden Lion for Best Film at the 2022 Venice Film Festival, winner of the Best Documentary Feature award with the St. Louis Film Critics Association, and on countless year-end “Best Films of 2022” lists (New York Times, Film Comment, Sight & Sound, Hollywood Reporter, Time, IndieWire, many more), the Webster Film Series is pleased to give local premiere to All the Beauty and the Bloodshed. From Oscar-winning director Laura Poitras (Citizenfour), All the Beauty and the Bloodshed is a story of legendary photographer and activist Nan Goldin, who has spent the latter part of her career trying to hold the Sackler family accountable for the overdose crisis. “Profound and incendiary,” per Variety.